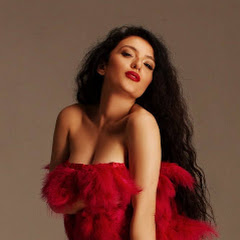 First time Dilara took her chance at Azerbaijani National Selection as a member of band Unformal in 2008, when country debuted in the Eurovision. The band finished second in the final. Later, in 2010 Dilara qualified to the final as a part of a female duo Milk&Kisses. Same year she went to represent Azerbaijan at another international music festival New Wave in Yurmala, Latvia. Besides music Dilara has a passion for painting and acting. Her filmography includes Try, do not breathe (2006) and In-between (2007), where besides acting she has also created a soundtrack Sonzulyol.One of her next planned steps for future is to combine music with acting in musical. Dilara Kazimova will perform her entry song "Start a Fire" in the first Semi Final on the 6th of May, 2014 at B&W Hallerne in Copenhagen. Stay in touch on:facebook.com/dilarakazimova Official website:dilara.eurovisiontalents.com Instagram:instagram.com/dilarakazimova Start a Fire in iTunes:http://bit.ly/1hJ